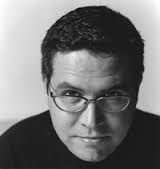 John studied composition at the former Trinity College of Music, now Trinity Laban, and after graduating in 1986 has become one of the most influential film composers of our time. Currently based in Los Angeles, he is particularly known for his scores for animated films, including Ice Age, Chicken Run and Shrek. However, he has also scored a number of live-action films including the third and fifth in the Bourne series and United 93. He is a much decorated film composer and over his career has been recognised in the following ways: